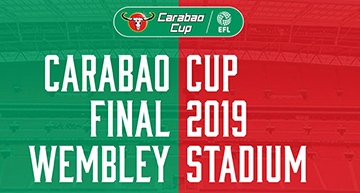 The League Cup (Carabao Cup for sponsorship reasons) was formed 59 years ago. It gives a level playing ground for teams across the leagues in English football. This has produced some of the most breathtaking finals like the final between QPR, a third-tier club, upsetting champions West Bromwich Albion in the 1966/67 season.

Liverpool has won the cup 8 times, while Manchester United, Aston Villa, Chelsea, and Manchester City each lifting the cup 5 times. This year’s final will break the deadlock.

The road to the final

Of the two teams going to the Carabao Cup Final, Chelsea had to prove itself more than for 3 times. They were pitted against 3 Premier League teams. They edged out Liverpool 2 – 1 at Anfield at the round of 32, eliminated Bournemouth by a solitary goal in the quarterfinals and won 2 – 1 against Tottenham in the semis. If the journey were a factor, Chelsea would have carried the day.

Manchester City only met one top tier team on their way up in the quarterfinals; Leicester, which they had to go for a penalty shootout to eliminate. However, their current form in other competitions is impeccable, zooming 6 past Chelsea in the league 2 weeks ago. Strategically, Manchester City might have the day, but Sarri’s resilience and determination might have the way.

CZR1
CZR1
get the bonus

What to expect from Chelsea and Manchester City

Chelsea looks good on paper, having brought in Higuain from Juventus. Their partnership with Hazard is yet to click, but Sarri’s preferred 4-3-3 formation aims at making it working progress. Loftus-Cheek is back from injury and is available for selection. The coming of Jorginho is yet to get the best out of Ngolo Kante, with Rudiger and Luiz trying to close down the backline.

Manchester City, despite their injury list, has been a growing influence in the English footballing history. De Bruyne’s availability has improved the attacking midfield, making Aguero and Sterling finish his run-ins. The Captain (Kompany), Delph, Bravo and Mendy have been out on injury, weakening the defence. David Silva and Sane have been out of touch with the new system, making them tactically unavailable.

This is Sarri’s chance to get hold of silverware this season. His impressive run in Italy got the team going in the first 6 games in the league. His build-up approach might give them a controlling stake in the game, but knowing Pep’s transitional play, they might turn defensive. He might deploy Hazard up front to pull the game to city’s half.

Pep has never been afraid of attacking. He has turned Sterling into a steady forward with good run-ins. If the partnership between Sterling and Aguero is maintained, with De Bruyne as the creative midfielder, we are looking at the most lethal attack in English football.

The game will be more tactical, with both teams keen on learning the movement of the other. Chelsea is known to use flanks to attack, with Hazard as the playmaker. His run-ins are to the front, pulling defenders with him. Higuain will deliver at the goal mouth.

Manchester City is perfect in transitioning; with De Bruyne controlling the pace sitting deep. This gives space for either Aguero or Sterling to make deep runs, completing the transition.

For fans of football betting this might be an easy guess to predict but between Sarri and Pep, whoever wins on the mind game will carry the day; history or no history.