After a gruelling battle at the last eight, the AFCON is now at the semis in the land of the Pharaohs. The continent’s biggest football showpiece seems to be heading to an all North Africa, West Africa or North vs West Africa duel. The four teams that are now left to battle it up for the cup include Tunisia (Carthage Eagles), Nigeria (Super Eagles), Senegal (Teranga Lions) and Algeria (The Foxes). Among the four teams, only Senegal has not tasted the glory of the AFCON win. Nigeria has taken the cup home three times while each of the other teams has won once.

Senegal beat Benin in their first AFCON meet up at 30 June Stadium. Nigeria flattened South Africa for the third time in a row after beating them in 2000 and 2004. The hardest match was that of Tunisia and Ghana while Algeria squared it out with Ivory Coast and won. Senegal will now face Tunisia at 30 June Stadium while Algeria Faces Nigeria in Cairo. Here is a general preview of the semi-finals. 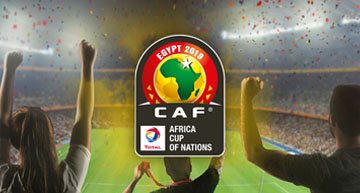 African Cup of Nations Betting Odds – Who bookmakers think will win the tournament?

AFCON 2019 is full of twists and turns and unexpected teams might finally have the last laugh. Most Bookmakers are split among the possible teams that will make to the finals and who will emerge the winner. However, a good number of leading bookmakers tend to favour Senegal at odds of 2.50. It is new to the finals club but shows so much potential. These second favourites are Nigeria. The team has shown good performance against equally tough teams all through the group stages. It has also been the dominant winner in the last AFCON meetings in the past. They have odds of about 5.50. There are a few who are seeing a good chance that Tunisia may become a formidable force in the match and eventually win against Senegal in the Semis and Nigeria at the Finals.

AFCON 2019 Predictions – Which teams will reach the final?

The semis will be a tough duel for all of the teams. Bookmakers are predicting a possible Senegal-Algeria or Senegal-Nigeria final. Senegal has the best odds for reaching the final with most bookmakers offering odds just above 2.00. The Algeria-Nigeria duel is hard to predict as both teams are quite tough. However, a good number of bookmakers are predicting that Nigeria may carry the day.

In the last AFCON meetings, Nigeria has always beaten Algeria. However, in this tournament, Algeria has had an eleven unbeaten outings record and a five consecutive win campaign before their draw with Ivory Coast. On the other hand, Nigeria had a rather embarrassing defeat by Madagascar but upped their game when they met South Africa. There is a likelihood that the game may end up with a draw on regular time and turn against Algerians on the extra time or penalties.

Which teams reached the final

After a lot of drama in the semis, Senegal and Algeria will meet in the AFCON 2019 final on 19 July. The bookies favour the Lions of Teranga giving them odds of 1.80 to win the tournament. Playing as underdogs, Algeria are not to be underestimated with most bookmakers offering odds around 2.00.

After a last-minute heartbreak in the semi-final against Algeria, the Super Eagles will have to pick themselves together and play one more game for the third place. On 17 July Nigeria and Tunisia will face each other in a battle for the bronze medal at the AFCON 2019. Bookies give a slight advantage to Nigeria with odds offers of 2.60 while Tunisia will play the underdogs with odds around 3.10.

Where to watch AFCON 2019 live games?

There are several options available for people who would like to catch the action at of the semis and final match. UK football fans can watch the games on Eurosport TV. If you have subscribed to the service, you will watch the games at no additional cost. However, you can take advantage of their one-week trial to enjoy the game free. You can also watch Eurosport on Amazon Prime Video and TVPlayer Premium Package. In addition, you can stream the events live on 1xbet and bet365. You must have an account with your selected bookmaker to stream the games and should have a positive account balance or have placed a bet on a game in at least the day prior to streaming the game.