The Champions League final 2019 will see Liverpool take on Tottenham in a bid for the prestigious cup. After an incredible comeback in the semi-finals against Ajax, Spurs made it to the finals for the first time. Liverpool booked their place for the second time in a row after their victory over Barcelona. The final match of the 2019 Champions League will take place at the Wanda Metropolitano Stadium, Atletico Madrid’s home ground. It will be the first time for two English clubs to compete against each other since the 2008 finals where Manchester United won against Chelsea. 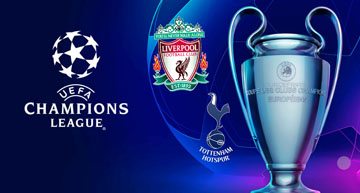 Few people thought that the two English clubs would make it to the finals. After a poor start at the beginning of the season, their chances were bleak. Tottenham started the season in group B, after finishing third place in the previous season of the English Premier League. Their journey was a staggering one after getting only one point in the first three matches against Inter Milan, Barcelona, and PSV. The battle to progress to knockout stages was an uphill climb characterised by poor performance, and the odds were against them.

After lucking out in an away match against PSV with two goals, the next hurdle was to beat Inter Milan and Barcelona to advance from the group stage. Even after losing Harry Kane to an ankle injury, they still won their first leg. The quarterfinals clash with Manchester city led them to semi-finals after the VAR disallowed Sterling’s goal. The face-off with Ajax was an impressive comeback for Pochettino’s men. Lucas Moura saved the day with three goals sending Tottenham to the Champions League finals.

On the other hand, Liverpool was in Group C, and much like Tottenham, their performance wasn’t great in the beginning. Earning only six points in the first five games and facing elimination, the Red’s had to work harder to progress. Luckily, they managed a 1-0 victory against Napoli, enabling them to proceed to the knockouts. Klopp’s men emerged victorious against the European giants, Bayern Munich with a 3-1 win. They flattened Porto in the quarterfinals with an aggregate of 6-1 to get to the semi-finals.

The first leg against Barcelona saw them with a three-goal deficit to make it to the finals. With two injuries, Mohammed Salah and Roberto Firmino, and playing against a giant, Liverpool had to pull out all the stunts to beat the Spanish football club. On the return clash at Anfield, Divock Origi and Georginio Wijnaldum goals gave them a 4-0 turnaround. Liverpool’s aggregate win of 4-3 against Barcelona got them to the finals for the 8th time and a chance to win the cup for the 6th time.

After extraordinary matches in the semi-finals, it is hard to predict which team will lift the trophy in the finals on 1st June. While Liverpool is trying to put behind them losing to Real Madrid in the 2018 campaign, Tottenham is looking to make history. Some might argue that Liverpool has more experience and have 24 points on Tottenham in the Premier League table. However, Tottenham is a formidable opponent. Jurgen Klopp also has the benefit of the front three players; Roberto Firmino, Mohamed Salah, and Sadio Mane. The players’ performance in the previous matches has been exceptional, and we anticipate the same intensity. Ahead of the final game, the Reds are heading to Marbella for match preparations. Klopp let his players go on holiday after semi-finals before the week-long training camp under the sun.

Tottenham is heading to Madrid early for the final prep. Pochettino hopes to get the players used to the weather conditions. Harry Kane’s return after the ankle injury in the quarter-finals is a significant boost for the Spurs team. Before the injury, he scored five goals for the team. Although he may not play from the start, his presence alongside Moussa Sissoko, Lucas Moura, and Dele Alli increase the chances of the Spurs taking home the cup. The team has high expectations and are already planning a victory parade in if they win. Tottenham is also the nominal home team drawn for administrative purposes. Every football fan is looking forward to this game whose referee will be Damir Skomina.