UEFA Nations League Finals 2019 – Everything You Need to Know

The inaugural UEFA Nations League final games were drawn last December (2018) and will be played in Porto and Guimaraes this coming June (2019). On top of a silver trophy, winners will have a chance to win a prize pool of up to €7.5 million. All four finalists have already secured at least €3 million in prize funds as semi-finalists. With the Netherlands recovering from a disastrous World Cup qualification, they’ll be playing England on Thursday 6th June. Meanwhile, Portugal face Switzerland on Wednesday 5th June. Here we look at the final fixtures and what to expect from these semi-final matches. 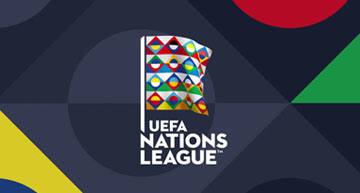 Portugal face Switzerland at 7:45 pm on Wednesday 5th June at the Estadio do Dragao in Porto. Portugal have amassed only 2 wins in their last 6, with victories over Scotland and Poland, where Switzerland have managed 3 wins in their past 6, over Georgia, Belgium and Iceland. Switzerland are the marginally stronger team statistically, having won 10 of their previous 22 matches with 32 goals, where Portugal have won 7 of their previous 22 matches with 27 goals. Nevertheless, Portugal are the expected winners with odds of a win at 4/6 versus Switzerland’s 17/4 in most bookmakers. In fact, Portugal are all out favoured winners of the competition with most bookmakers placing odds of 15/8. Switzerland are the underdogs with all-out winning odds of 6/1.

This is the first semi-final of the competition and it sees both star players Cristiano Ronaldo and Xherdan Shaqiri in expected starting positions. Ronaldo is newly rested, which will undoubtedly be in Portugal’s favour as they play on home turf. Ronaldo will obviously be desperate to impress, but Switzerland are not to be discounted either – they have provided a mixed bag in their performance thus far, but did manage a 5 – 2 victory over Belgium last November. A look through Switzerland and Portugal’s long history of playing one another, Portugal won their last encounter with Switzerland in 2017, but Switzerland won the previous two encounters in both 2008 and 2016, and have a real boon in top goal scorer Haris Seferovic who has placed 5 wins at the back of the net in this league so far. With one suspended player (Danilo), Fernando Santos’ Portuguese side will be looking to make history against Vladimir Petković’ younger Swiss team, and the odds are certainly in their favour for now.

England will hope that Harry Kane will return after an injury received in June, with several additional England stars set to join the match just four days after their participation in the Champions League (Tottenham v Liverpool). A lot will be depending on the fitness and rest for England’s star players if they are to remain favourites against the Netherlands.

Meanwhile, the Netherlands have a solid record in this tournament, with spectacular wins over both France and Germany. Gareth Southgate’s named squad for England includes 23 players, with the noticeable absence of World Cup scorer Kieran Trippier. Ronald Koeman’s Dutch squad is looking particularly promising, with Van Dijk, Promes, Depay and Wijnaldum all appearing on a well-rounded 23-player line-up.